You are here: Home / Travel / My Travels, Day One

It is so peaceful sitting here on the patio listening to the distant hum of traffic, the whir of sprinklers and the cackling of some crows. The air is so still – hot and humid. 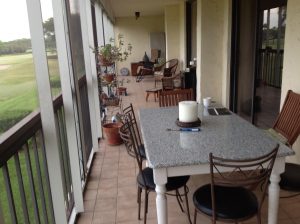 Am off on my travels once more. The flight was completely uneventful and smooth – not even turbulence which so often times itself to shake the plane just as passengers start to eat. Felt very proud of myself as I scanned the boarding pass off my mobile phone.
Customs and Immigration was another matter entirely and I must have stood in long lines for over an hour and a half. Can anyone tell me why, after I have scanned my fingers etc on the automatic machine I then have to go to an official who then repeats the process? To make matters worse, the computer screen kept telling him that my ESTA was not approved. I had visions of being marched out of the terminal and escorted back to the plane! But I kept very quiet and watched with fingers crossed as he battled with his computer – I also produced the print out of my current ESTA. Eventually he looked up to smile at me and say. “It is all sorted. I have I updated your finger prints. It should not happen again.” I did not dare to enquire what should not happen again. . .and I am determined not to allow such incidents to put me off my travels.
Clearly I was allowed in to the country. My friend was there at the Gate and the first thing we did was to sit down at the cafe to have a long, cool drink. Then she drove us up to her apartment in Lake Worth for a leisurely meal, with a glass of red wine, catching up on all that has happened since I was last here. Yes, of course the subject got round to a certain leader whose name begins with “T”. What were you expecting?!

Blessed with a happy disposition inherited from my Grandma, I am determined to enjoy life and to grow old disgracefully. A life-long learner, I am passionate about … END_OF_DOCUMENT_TOKEN_TO_BE_REPLACED