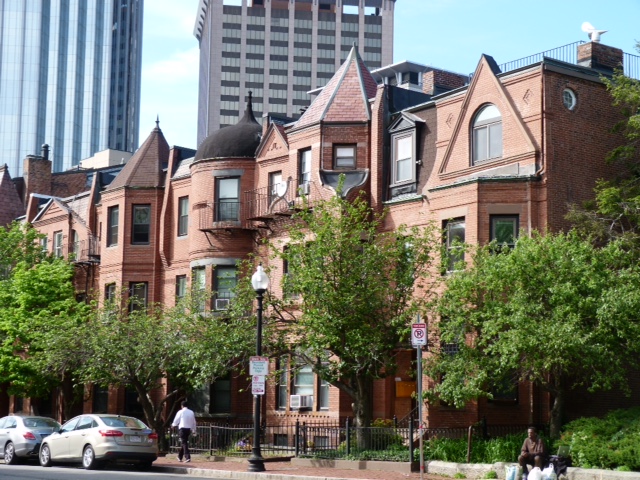 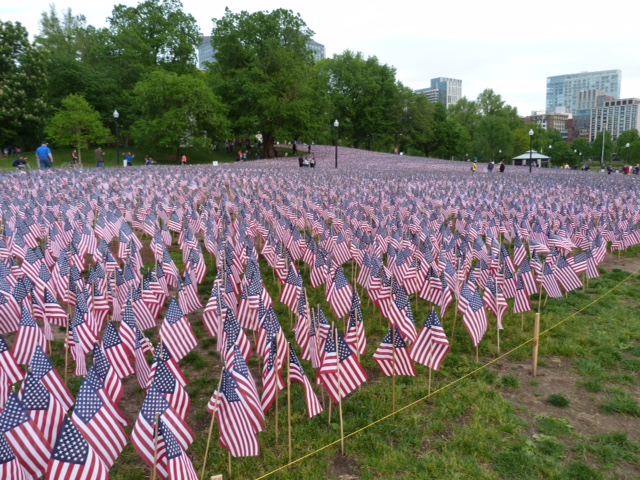 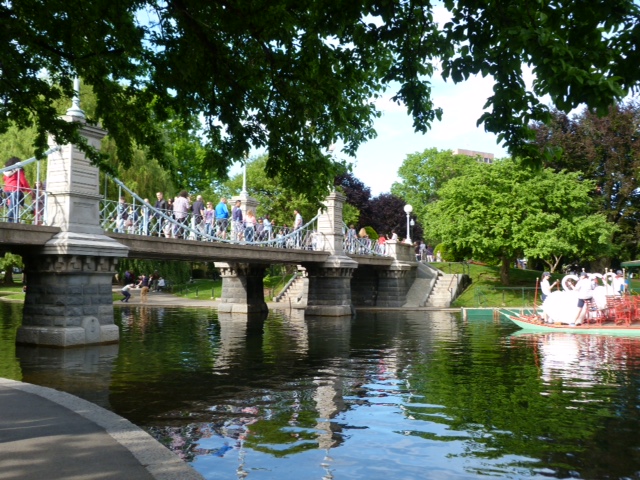 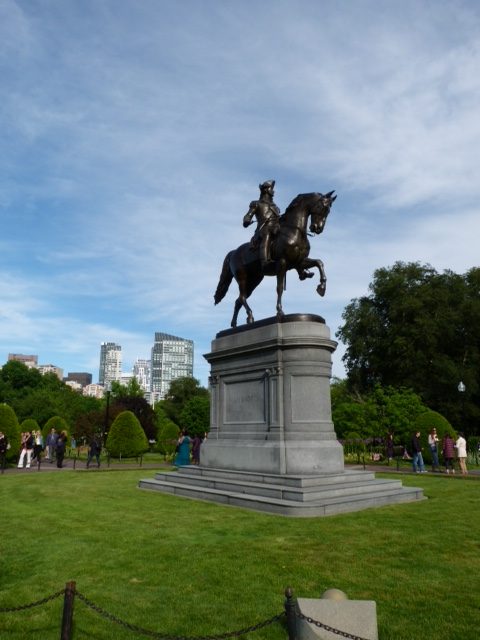 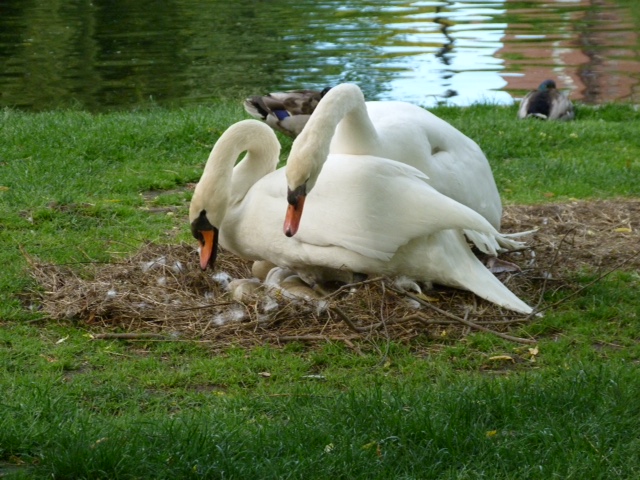 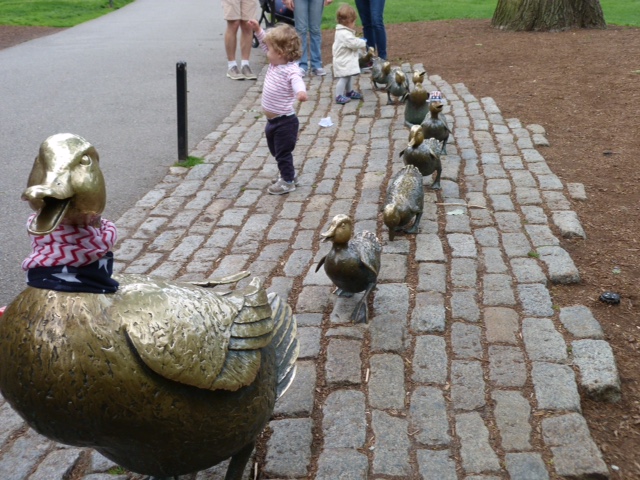 After viewing Boston from above, we set off on foot to Boston Common to find the “swans”. Started as a common grazing ground in 1634, this is the oldest Public Park in the United States. Sadly, its venerable history does not protect it from developers who are intent on building a towering skyscraper which will overshadow the park. The iPhone app said that it was a mere one and a half miles. We were beginning to doubt ever finding the place when we spotted trees at the end of the street. Phew! That was a lo-ong mile and a half! A Swan Boat sailed under just as we approached the shortest suspension bridge in the World. As it happened, it was the last trip of the day. We stood on the bridge to watch the Swan Boats being tied up for the night. Very wisely, the boats are tied together and moored in the centre of the lake to deter any interference from would-be boaters. My sister then wanted to find ducklings, which mystified me because I could not even see any ducks. As we wandered around the park we found a pair of nesting swans, but NO ducks. Then Ann said, “I know the statue is in this park – I read about it online.” Oh!! A statue – I was looking for live birds. There, in the furthest corner was a crowd. Unfortunately everyone else had had the same idea. I know that toddlers look really cute sitting astride a bronze duckling – but I really do not want your little precious in MY picture!! Mind you, I was amused by one toddler who was holding up his arms like the original policeman who stopped the traffic to allow the ducklings to cross.
The park is in two sections, separated by Charles Street. When we crossed the road to explore Frog Pond we spotted a vast pink expanse that we first thought was a floral display. As we grew nearer we realised that it was a vast mass of US flags: 37,000 flags to represent every Massachusetts soldier lost in war. An effective but sobering tribute set up in time for Memorial Day.

Blessed with a happy disposition inherited from my Grandma, I am determined to enjoy life and to grow old disgracefully. A life-long learner, I am passionate about … END_OF_DOCUMENT_TOKEN_TO_BE_REPLACED