You are here: Home / Life in General / Armistice Day

“They shall grow not old, as we that are left grow old:

Age shall not weary them, nor the years contemn.

At the going down of the sun and in the morning

We will remember them.. .” from Laurence Binyon’s poem “For the Fallen” 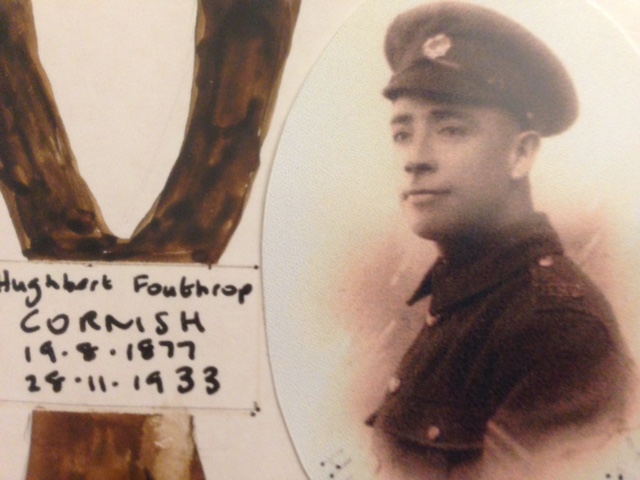 How did MY Family feel when the guns were silenced one hundred years ago? What did Armistice mean to them? My grandmothers must have been so relieved to know that their menfolk were returning from the Front. As far as I can work out, Gran Cornish lost one out of the four who went to War. Her husband, Hughbert Fauthrop Cornish and her two brothers Arthur and Norman Eaton safely returned. Sadly, her oldest brother Charles William Eaton had been killed the previous year on 9th August 1917. He is buried at the Huts Cemetery in Ypres.

By the end of the War Granny Boughey had not lost anyone. Grandpa Arthur Boughey was in a reserved occupation. He and his friend and brother-in-law, Stanley Beech Millard, went to sign up together but Grandpa was needed in his capacity as a “Goods Agent” to keep the Goods trains moving. Stanley Millard survived the War – and so did his brothers Carlysle and Douglas but I do not know if they served. Nor do I know whether Grandpa’s brothers Dan, Sam and John Boughey served. The biggest tragedy to Granny’s family happened during the outbreak of Spanish Flu which killed her youngest brother William Herbert Millard while still a serving soldier, back in the UK and he died on 13th February 1919. Crueller still was that her toddler son, Frederick William, (There are a lot of Williams in our family!) went down with either meningitis (according to Dad) or encephalitis (according to Dad’ s cousin Gladys who said Fred had “sleeping sickness”) and was left severely brain damaged.

According to Mum, her mother (Gran) went to the wrong station to meet her husband back from the Front. She had not realised that the troop trains used a different Leicester Station. So while she and four year old Mum waited in vain, he thought she had not bothered to meet him and went down the Pub with his mates.

Interestingly, Gran’s brother Arthur returned to France permanently and married a French lass he had met while serving over there.

I am going to Church this morning for the memorial service. But I cannot help feeling cynical about all this sentimentality and hype. What does ”armistice” mean? Governments of all Nations still send their youngest and best to do their dirty work then bring them back in body bags, or to be ignored and vilified by society because they fought a war that the public sees as unjust.

In Flanders fields the poppies blow Between the crosses, row on row, 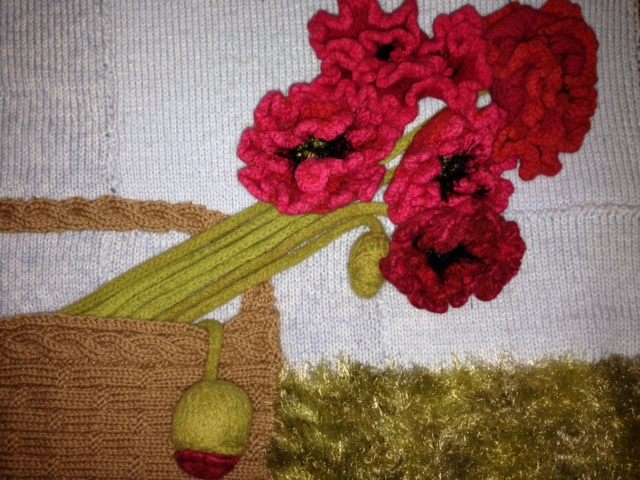 That mark our place; and in the sky The larks, still bravely singing, fly

Scarce heard amid the guns below.

We are the Dead. Short days ago We lived, felt dawn, saw sunset glow,

Loved and were loved, and now we lie, In Flanders fields.

Take up our quarrel with the foe: To you from failing hands we throw

The torch; be yours to hold it high. If ye break faith with us who die

We shall not sleep, though poppies grow

Blessed with a happy disposition inherited from my Grandma, I am determined to enjoy life and to grow old disgracefully. A life-long learner, I am passionate about … END_OF_DOCUMENT_TOKEN_TO_BE_REPLACED